CNBC's Bob Pisani looks ahead to the day's market action. For access to live and exclusive video from CNBC subscribe to CNBC PRO: cnb.cx/2NGeIvi
Stocks closed along the flatline on Tuesday as traders weighed higher rates, possible stimulus and political turmoil.
The Dow Jones Industrial Average rose 60 points, or 0.2%, to 31,068.69. The Nasdaq Composite ended the day up 0.3% at 13,0720.43. The S&P 500 rose marginally to 3,801.19. Losses from major tech companies kept Tuesday’s moves in check.
Shares of Goldman Sachs rose 2.9% to lead the Dow higher. JPMorgan Chase and Bank of America were up 1.6% and 1.8%, respectively. Charles Schwab gained 1.6% and hit an all-time high.
The benchmark 10-year note yield traded briefly traded at 1.187%, its highest level since March, before easing back to 1.13%. The 30-year bond rate climbed to 1.88%, and also reached a March 2020 high.
“There has been a short-term tone shift in the market,” wrote Gregory Faranello, head of U.S. rates at AmeriVet Securities. “Markets have shifted in mindset as the Democratic ripple is digested short-term. The focus is now turning to growth and inflation and perhaps a combination of both.”
Rates have been rising since Democrats secured majorities in both the House and Senate, opening up the door for additional fiscal stimulus. Last week, President-elect Joe Biden promised an economic stimulus rollout, which he said will be “in the trillions of dollars.”
However, higher rates could make it more expensive for tech companies - which have been the market leaders throughout the pandemic - to keep growing their businesses through additional debt issuance.
Facebook fell 2.2%, and Alphabet slid 1.1%. Microsoft and Apple also lost more than 1%.
“When you think about the 10-year gradually working higher after spending most of last year below 1%, it raises questions about valuations, especially as it pertains to technology,” said Art Hogan, chief market strategist at National Securities.
The S&P 500′s forward price-to-earnings ratio was at 22.7, near its highest level since 2000. DoubleLine Capital CEO Jeffrey Gundlach pointed out on Monday that stock valuations are high relative to historical standards, and are being underpinned solely by stimulus measures from the Federal Reserve.
“We’ve been concerned that stretched valuation multiples could get more stretched, setting the stage for a meltdown,” wrote Ed Yardeni, CIO of Yardeni Research. “On the other hand, we are relieved to see corporate earnings continue to recover along with the US economy from the unprecedented two-month lockdown recession during March and April of last year.”
Stocks were coming off a losing session, with the major averages closing lower on Monday.
Last week, the major averages rallied to all-time highs as Wall Street shrugged off riots at the U.S. Capitol that led to the House Democrats introducing an article of impeachment on Monday against President Donald Trump for inciting the attack.
Since then, several social media companies have suspended or banned Trump from their platforms. In some cases, this has put pressure on their stocks. Twitter fell 2.4% on Tuesday, and is down 8.6% this week. Facebook has lost 6.2% week to date.
» Subscribe to CNBC TV: cnb.cx/SubscribeCNBCtelevision
» Subscribe to CNBC: cnb.cx/SubscribeCNBC
» Subscribe to CNBC Classic: cnb.cx/SubscribeCNBCclassic
Turn to CNBC TV for the latest stock market news and analysis. From market futures to live price updates CNBC is the leader in business news worldwide.
The News with Shepard Smith is CNBC’s daily news podcast providing deep, non-partisan coverage and perspective on the day’s most important stories. Available to listen by 8:30pm ET / 5:30pm PT daily beginning September 30: www.cnbc.com/2020/09/29/the-news-with-shepard-smith-podcast.html?__source=youtube%7Cshepsmith%7Cpodcast 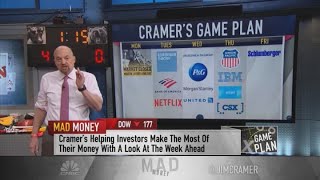 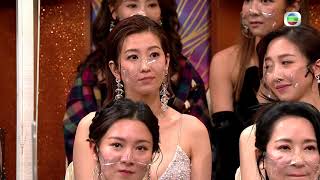 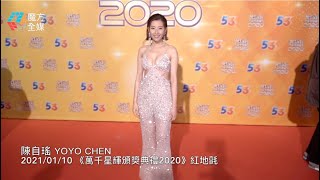 Why now is the time to overweight stocks: Wilmington Trust's Shue